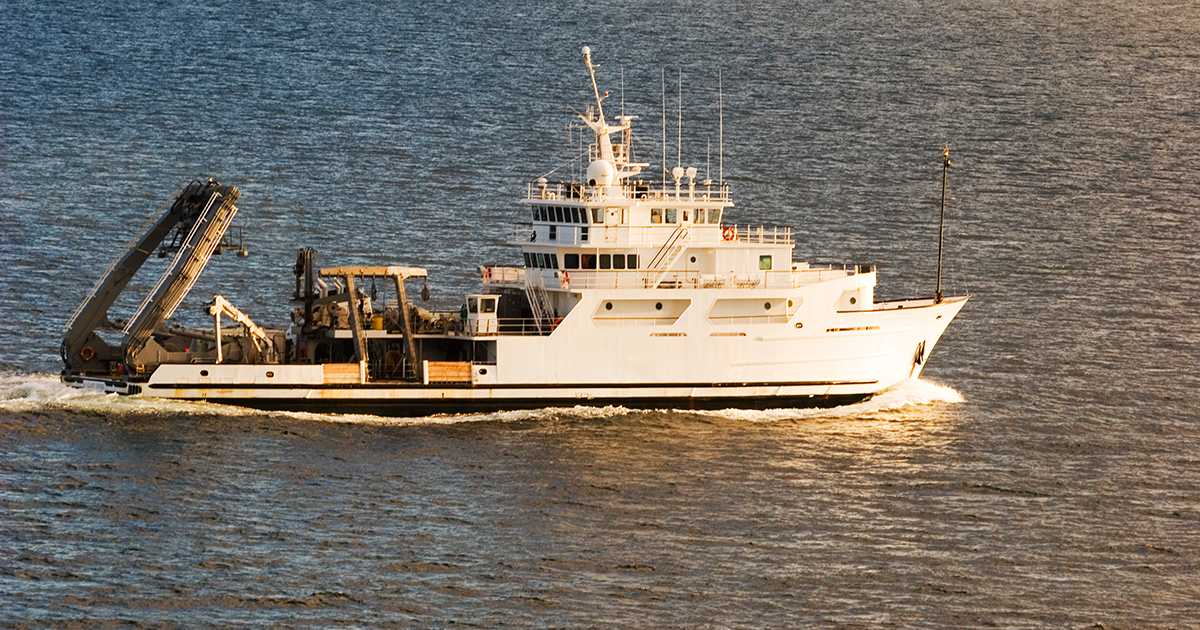 Oceanographers at MIT and the Scripps Institution of Oceanography have carried out an at-sea experiment to study the sediment plume that mining vessels would potentially release back into the ocean.

Their observations have led to the development of a model for making realistic predictions about how sediment plumes generated by mining operations would be transported through the water column.

The model allows operators to predict the size, concentration, and evolution of sediment plumes under various marine and mining conditions. The hope is that these predictions can be used by biologists and regulators to help assess any potential impact that plumes could have on the surrounding marine ecosystem.

According to Thomas Peacock, professor of mechanical engineering at MIT, the study is the first of its kind on midwater plumes and findings will likely contribute to discussions surrounding the development of regulations over the next two years.

There are two types of sediment plumes associated with proposed deep-sea mining operations; first, collector plumes generated on the seafloor as collectors harvest nodules 4,500 meters below the surface and, second, midwater plumes caused by sediment discharge pumped into the ocean's aphotic zone.

Peacock’s study focused on the midwater plume and how the sediment would disperse once discharged into the water table.

In 2018, the researchers boarded the research vessel Sally Ride and set sail 50 kilometers off the coast of Southern California.

Over one week the team conducted a total of six plume experiments, using a Phased Array Doppler Sonar (PADS) and an epsilometer developed by Scripps scientists to monitor the plumes development and drift. The data showed that the sediment formed a highly turbulent cloud when expelled from the pipes. In short, the sediment becomes dilute so quickly that it struggles to stick together.

What is key to determining the extent of the plumes, according to Peacock, is the strength of the ocean turbulence, the volume of sediment discharged, and the environmental threshold level at which there is impact.

Based on their findings, the researchers have developed formulae to calculate the scale of a plume depending on a given environmental threshold. For instance, if regulators determine that a certain concentration of sediments could be detrimental to surrounding sea life, the formula can be used to calculate how far a plume above that concentration would extend, and what volume of ocean water would be impacted over the course of a 20-year nodule mining operation.

The team is now working on collector plumes, having recently returned from several weeks at sea to perform the first environmental monitoring of a nodule collector vehicle in the deep ocean in over 40 years.

This research was supported in part by the MIT Environmental Solutions Initiative, the UC Ship Time Program, the MIT Policy Lab, the 11th Hour Project of the Schmidt Family Foundation, the Benioff Ocean Initiative, and Fundación Bancaria "la Caixa."