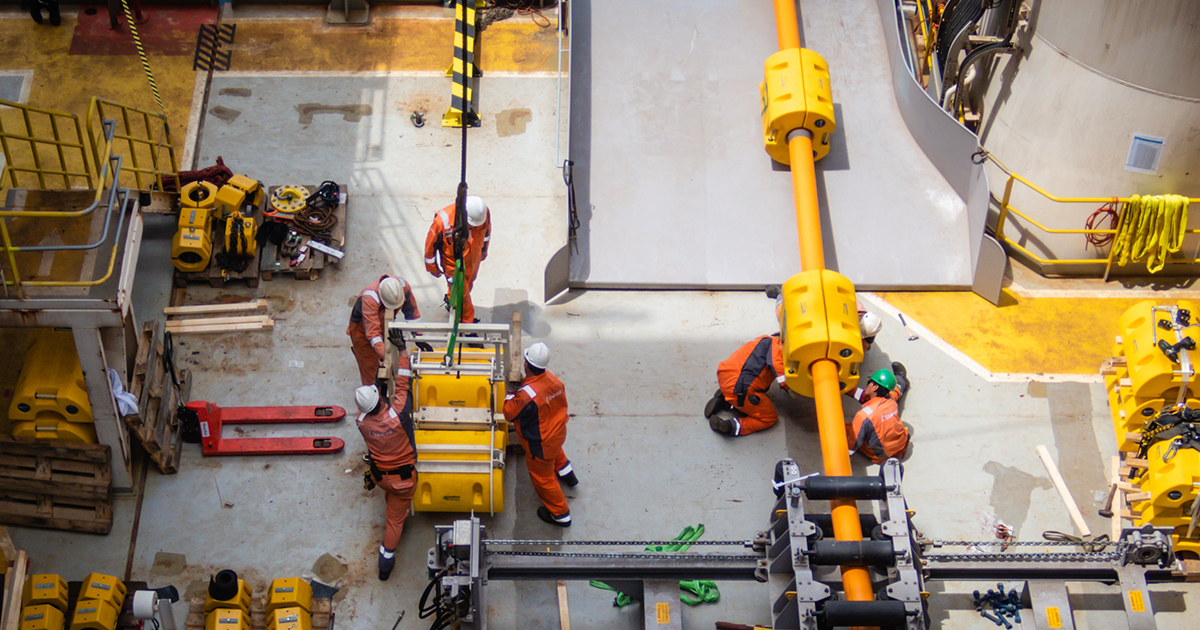 Engineers prepare to deploy the flexible jumper hose over the side of the Hidden Gem, before connecting it to the base of the riser.

Engineers aboard the Hidden Gem vessel deployed the flexible jumper hose, connected it to the base of the riser and then launched the pilot riser, lowering the assembly to a depth of around 650m meters. Using the remotely operated vehicle (ROV) installed on the Hidden Gem, engineers then made a sub-sea connection between the jumper hose and collector vehicle which was previously deployed to the seafloor in 745m water depth. Allseas used the derrick onboard the former drillship for at-sea construction of the pilot riser system which will ultimately extend to 4km deep when deployed later this year in the Clarion Clipperton Zone (CCZ) of the Pacific Ocean.

The pilot system being tested by Allseas will be the basis for TMC’s first commercial production system, and in March the companies announced a non-binding term sheet outlining the terms for developing and operating the world’s first commercial system to collect deep-sea polymetallic nodules to meet surging demand for critical battery metals.

“Straight off the back of our collector trials, Allseas have once again shown why nobody else in the offshore business can think as big, or move as fast,” said Gerard Barron, CEO & Chairman of The Metals Company. “With the first deep-water deployment of the riser system and subsea connection between the collector and the riser successfully under our belts, we look forward to applying the lessons learned as we hook up and deploy the prototype collection system in the Pacific later this year.” 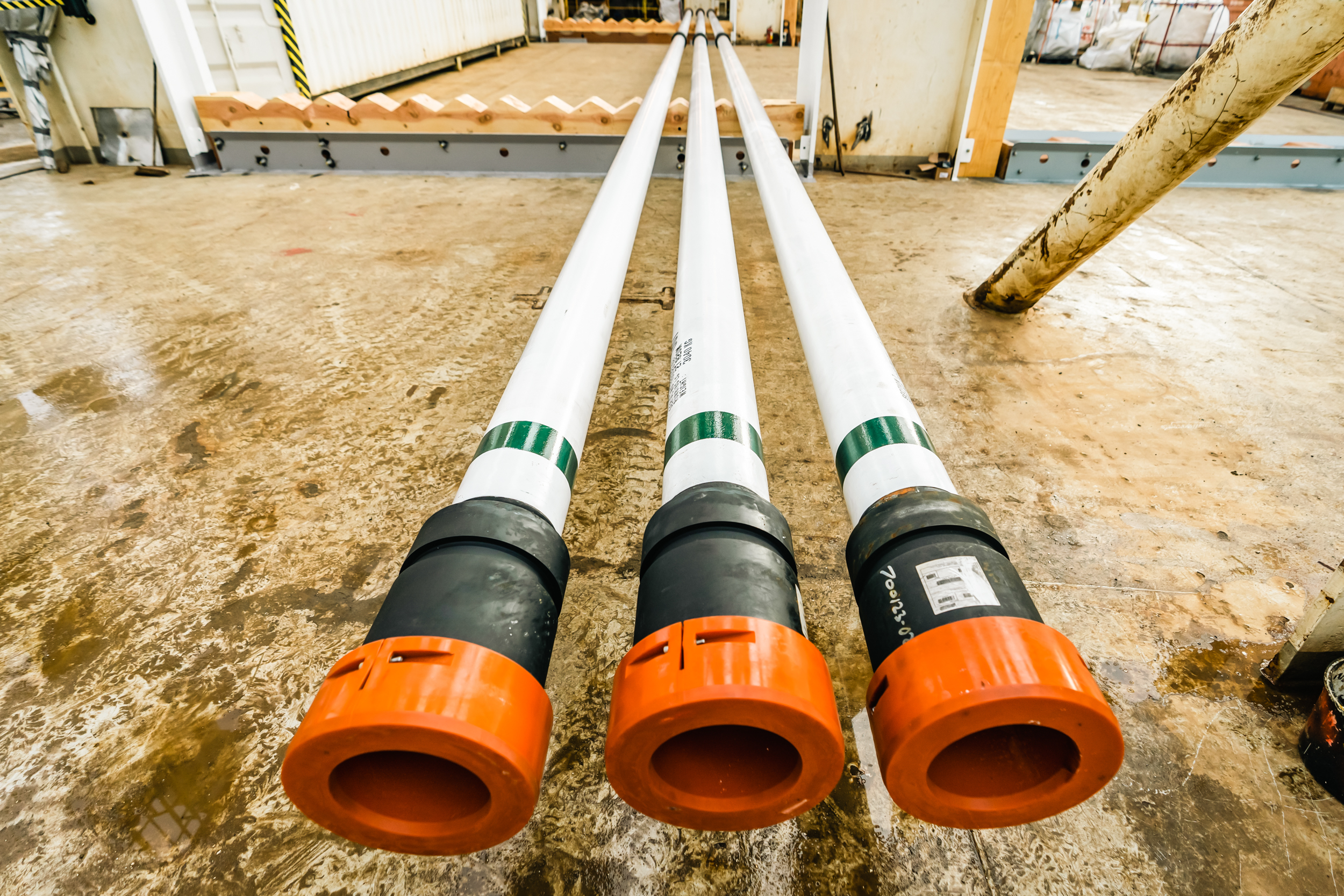 Individual sections of the riser pipe await assembly aboard the Hidden Gem.

Since 2019, Allseas and TMC have been working together to develop a pilot system to responsibly collect unattached polymetallic nodules from the seafloor and lift them to the surface for transportation to shore. Nodules contain high grades of nickel, manganese, copper and cobalt — key metals required for building electric vehicle batteries and renewable energy technologies.

Previously, TMC and Allseas announced successful trials of the nodule collector vehicle in deep-water in the Atlantic [see video] as well as harbor wet-test commissioning and shallow-water drive tests in the North Sea. All trials to date are in preparation for full pilot nodule collection system trials later this year over an 8 km2 section of the NORI-D contract area in the Clarion Clipperton Zone of the Pacific Ocean. The trials are an integral part of the International Seabed Authority’s regulatory and permitting process and the environmental impact data collected both during and after the upcoming nodule collection test work, together with many terabytes of existing baseline data collected by TMC, will form the basis of the application for an exploitation contract by its wholly-owned subsidiary, Nauru Ocean Resources, Inc. (NORI).

Development of technologies to collect polymetallic nodules first began in the 1970s when oil, gas and mining majors including Shell, Rio Tinto (Kennecott) and Sumitomo successfully conducted pilot test work in the CCZ, collecting over ten thousand tons of nodules. In the decades since, the ISA was established to develop the regulatory framework to govern mineral extraction in the high seas while technology development efforts have largely focused on scaling proven nodule collection technologies and optimizing for minimal seafloor disturbance and environmental impact.